WASHINGTON — Nour Obeidallah bought her American flag hijab long before she decided to attend the Women’s March on Washington. Wearing it on Saturday, with a cardboard cutout framing her in the center, she bore a striking resemblance to the “we the people” posters designed for the event by graphic artist Shepherd Fairy.

“I feel a little overwhelmed,” Obeidallah told TPM about her experience at the march. “It’s amazing that this many people came out, not just to support women’s rights and preserving Planned Parenthood but for so many varied causes.”

“I’d never been to D.C. And I thought it would be cool having my first time here being a protest against it,” she said.

Dozens of marchers stopped to take her picture. When a man walked by carrying the Fairey poster, she gamely posed with it as several cameraphones clicked.

Allegra Kirkland http://platform.twitter.com/widgets/follow_button.c4fd2bd4aa9a68a5c8431a3d60ef56ae.en.html#dnt=false&id=twitter-widget-0&lang=en&screen_name=allegrakirkland&show_count=false&show_screen_name=true&size=m&time=1485162612582
Allegra Kirkland is a New York-based reporter for Talking Points Memo. She previously worked on The Nation’s web team and as the associate managing editor for AlterNet. Follow her on Twitter @allegrakirkland.

Mathematics can help us to draw real-life objects. The regularity of natural patterns can lead artists to use mathematical concepts in works of art. Many plants have very interesting and beautiful leaves and some mathematical patterns can be found in their structures. For example, Aloe polyphylla is a plant species from Lesotho. The leaves of an Aloe polyphylla form very beautiful spirals.

There are various ways of generating leaves shapes with mathematical concepts. A famous example is the Barnsley fern. The British mathematician Michael Barnsley (born 1946) described this beautiful fractal in his book Fractals Everywhere. His fractal resembles the fern leaves. He created this fractal by using the iterated function systemmethod.

You might imagine that the leaves in the images below are drawn by hand. But they are actually computer-generated mathematical figures. These shapes are generated with the trigonometric functions sine and cosine. Here I would like to talk about the method I used to create these drawings.

When I want to draw a real-life object, I try to find a mathematical formula that produces the drawing. I use a step-by-step process to find such a formula. In each step of the process, I try to increase the resemblance of the drawing to the real-life object by adding a mathematical expression to the formula. Usually, I search through the expressions that are generated by the sine and cosine functions. The properties of these two mathematical functions (especially periodicity, boundedness and smoothness) make them very useful in the process. Indeed, I need to solve the problem of finding an appropriate mathematical expression in each step. So some steps may be very difficult or even impossible. For example, in the image above, you can see the process of generating a mathematical curve that resembles a Japanese maple leaf. The graph shows how the process transforms a circle into the drawing.

These images show three mathematical curves that are created with the mentioned method. They are described by parametric equations:

Also, below you can see two mathematical figures created by drawing thousands of circles. The radiuses and centers of the circles are determined with trigonometric functions.

A breakthrough in the race to make useful products out of planet-heating CO2 emissions has been made in southern India.

A plant at the industrial port of Tuticorin is capturing CO2 from its own coal-powered boiler and using it to make baking soda.

Crucially, the technology is running without subsidy, which is a major advance for carbon capture technology as for decades it has languished under high costs and lukewarm government support.

The firm behind the Tuticorin process says its chemicals will lock up 60,000 tonnes of CO2 a year and the technology is attracting interest from around the world.

Debate over carbon capture has mostly focused until now on carbon capture and storage (CCS), in which emissions are forced into underground rocks at great cost and no economic benefit. The Tuticorin plant is said to be the first unsubsidised industrial scale example of carbon capture and utilisation (CCU). 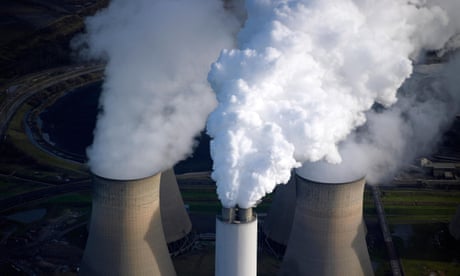 UK must move now on carbon capture to save consumers billions, says report

There is already a global market for CO2 as a chemical raw material. It comes mainly from industries such as brewing where it is cheap and easy to capture.

Until now it has been too expensive without subsidy to strip out CO2 from the relatively low concentrations in which it appears in flue gas. The Indian plant has overcome the problem by using a new CO2-stripping chemical.

It is just slightly more efficient than the current CCS chemical amine, but its inventors, Carbonclean, say it also needs less energy, is less corrosive, and requires much smaller equipment meaning the build cost is much lower than for conventional carbon capture.

The new kit has been installed at Tuticorin Alkali Chemicals. The firm is now using the CO2 from its own boiler to make baking soda – a base chemical with a wide range of uses including glass manufacture, sweeteners, detergents and paper products.

The firm’s managing director, Ramachandran Gopalan, told BBC Radio 4: “I am a businessman. I never thought about saving the planet. I needed a reliable stream of CO2, and this was the best way of getting it.” He says the plant now has virtually zero emissions to air or water.

Carbonclean believes capturing usable CO2 can deal with perhaps 5-10% of the world’s emissions from coal. It’s no panacea, but it would be a valuable contribution because industrial steam-making boilers are hard to run on renewable energy. 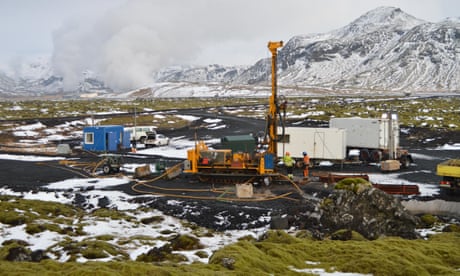 CO2 turned into stone in Iceland in climate change breakthrough

The inventors of the new process are two young chemists at the Indian Institute of Technology in Kharagpur. They failed to find Indian finance and were welcomed instead by the UK government, which offered grants and the special entrepreneur status that whisks them through the British border.

The firm’s headquarters are now based in London’s Paddington district. Its CEO, Aniruddha Sharma, said: “So far the ideas for carbon capture have mostly looked at big projects, and the risk is so high they are very expensive to finance. We want to set up small-scale plants that de-risk the technology by making it a completely normal commercial option.”

By producing a subsidy-free carbon utilisation project, Carbonclean appears to have something of a global lead. But it is by no means alone. Carbon8 near Bristol is buying in CO2 to make aggregates, and other researchers are working on making plastics and fuels from waste CO2.

At last, it seems, the race to turn CO2 into profit is really on.